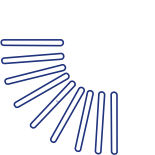 GENERAL CONDITIONS for the SUPPLY OF MECHANICAL, ELECTRICAL AND ELECTRONIC PRODUCTS.

ALLOCATION OF LIABILITY FOR DAMAGE CAUSED BY THE PRODUCT

This is an Orgalime publication. Orgalime represents the mechanical electrical, electronic and metalworking industries in Europe.